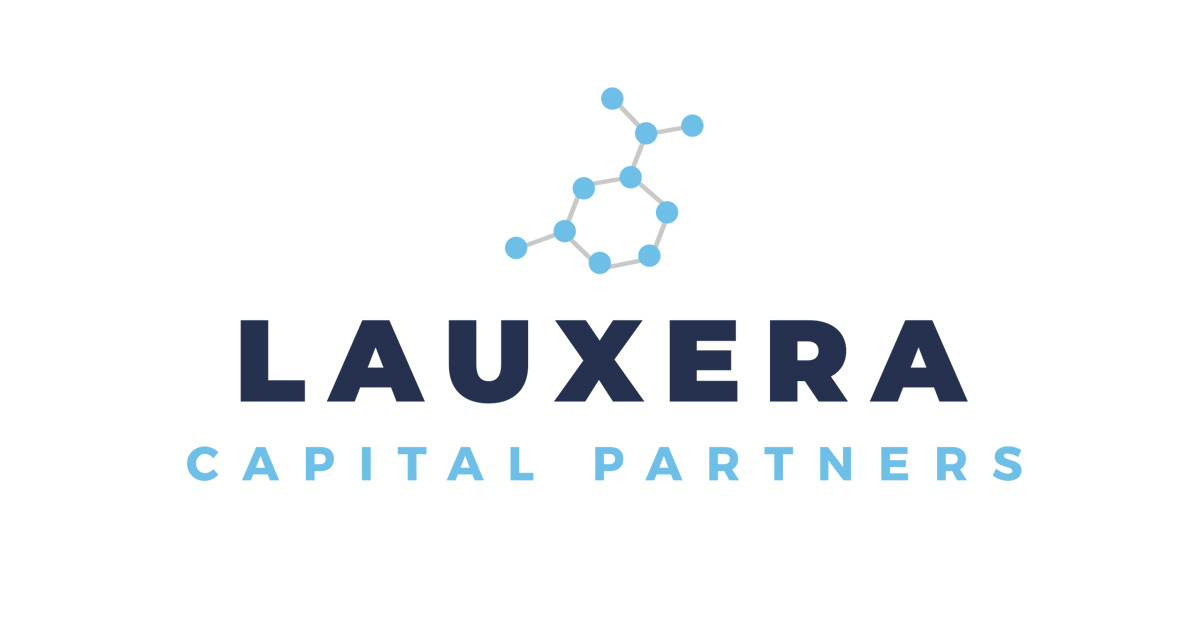 TEAM
Team
Our team has deployed
billions of dollars of healthcare growth capital
and has scaled and exited truly global healthcare businesses.
We are seasoned venture, private equity and public market investors.
We care deeply about “doing good” and “doing well”

Our team has deployed billions
of dollars of healthcare growth capital
and has scaled and exited truly global
healthcare businesses.
We are seasoned venture, private equity
and public market investors.
We care deeply about
“doing good” and “doing well”

Pierre is an experienced healthcare manager and deal maker.

He is the former CEO of Urgo and the former CEO of Fournier Pharma. He transformed Urgo into a global wound care giant, increasing revenue from €30m to €700m through a mix of innovation and accretive M&A. He scaled Fournier’s commercial capabilities in the United States and sold the business to Solvay for €1.3bn (excluding earnouts). Pierre began his career as a finance instructor and healthcare merchant banker at Paribas.

He is Chairman Emeritus of the Industry Association MedTech in France and is a graduate of HEC Paris.

Samuel is a physician entrepreneur.

He started his career as a management consultant at McKinsey & Company in New York before moving to Boston to attend Harvard Medical School. As a second-year medical student, Samuel co-founded Allurion Technologies and built a fully-integrated, global medical device company from the idea stage to commercialization in more than 30 countries.

Alex is a healthcare specialist investor.

After starting his career as a management consultant at McKinsey & Company in Boston, he joined Maverick Capital’s healthcare team. Alex focused on long/short public equity and venture capital/cross-over investments, ultimately as Managing Director. Alex then joined Jackson Square Partners where he focused on high-conviction healthcare public equities and led the firm’s ESG activities.

Edoardo is a professional investor with more than 10 years in private equity.

He started his career at Idinvest focusing on minority equity deals and secondary transactions. Subsequently, Edoardo joined BlackFin Capital Partners where he led the execution of several deals and actively participated in portfolio management and value creation efforts. He then joined Eurazeo where he leveraged his expertise in deal origination and execution and enriched his sectorial knowledge through his involvement in several verticals (Medtech, financial services, TMT).

Edoardo graduated from ESCP, City University London and the University of Turin.

Nicolas is a decorated private equity investor with more than 30 years of experience.

He started his career doing R&D at Sanofi and research at the Pasteur Institute and Harvard University (as a Tower Fellow). Nicolas transitioned from research to the Private Equity industry holding senior positions first at Electra and then at Cinven. Over more than twenty years, Nicolas led the French team and was part of the Investment Committee and Steering Committee.

Nicolas holds an MBA from INSEAD as well as an MSc in Molecular Biology from ENS Paris.

Prior to joining Lauxera Capital Partners, Charles Cornevin was a Senior Associate at Eurazeo where he focused on healthcare buyouts. Charles joined Eurazeo in 2017 as an Analyst after several experiences in M&A and Private Equity (Rothschild and Hudson Advisors / Lone Star Funds in Munich, Dublin and London).

Charles started his career as a generalist investor within the Eurazeo Mid-Cap team and has participated in the monitoring of the following investments: Odealim (incl. exit), Redspher, Dessange, and the Rosa Group. He then launched the Eurazeo Healthcare-dedicated strategy from scratch and completed two investments in 2021: Novair Group and PSIH.

Charles graduated from Paris Dauphine University with a Masters in Corporate Finance and Financial Engineering.

Charlotte started her career as one of the first 30 employees at French HealthTech unicorn Doctolib, helping doctors to engage with and use the product. Charlotte transitioned into consulting working for more than two years at Parisian healthcare-focused strategy consulting firm FSNB. Charlotte then concretized her interest in finance through an internship at PAI Partners in the Private Equity Group before joining Lauxera in July 2020.

Charlotte graduated with a Master in Management from ESSEC Business School in 2019, after earning a Business Law degree from Panthéon Assas University.

Ruben began his career as a summer intern at EY before interning at Natixis Partners in the M&A Group. In the past, he also worked for a Franco-African think tank for which he published a report on technology entrepreneurship in an emerging economy. Ruben joined Lauxera’s team in January 2020, first as an intern and then as an investment analyst.

Lise began her career in Molecular Biology research in various institutes before joining Sanofi at the Research and Development (R&D) department. Lise then took her R&D experience to CIMI (Immunology and Infectious Diseases center) in Paris where she conducted research in Cell Therapies in Immunology. Subsequently, she acted as a consultant in Healthcare & Life Sciences at EY before joining Lauxera as the Head of Operations in June 2021.

Camille began her career as a projects and events manager in various companies including Natixis and Candriam. She subsequently joined Lauxera as the Office & Events Manager in May 2021.

Camille earned a Master in Management from Ecole International Tunon after having earned a Bachelor’s in communication from the Sorbonne University.

Elsy is an experienced healthcare operator and strategist.

Elsy began her career at The Boston Consulting Group where she served a
variety of international healthcare clients over ten years as Partner and
Managing Director. Subsequently, Elsy joined Cellectis, an oncology-focused
cell therapy company as Chief Operating Officer. She now leads a healthtech
advisory firm called Bio-Up that she founded in 2019. Elsy serves on the board
of directors of a number of biotech and healthtech companies including
GenSight, NovaDiscovery, and Metafora Biosystems.

Elsy graduated with a degree in engineering from the Ecole Polytechnique as
well as a degree from the Universitat Pompeu Fabra and a degree in
immuno-oncology from the École des Sciences du Cancer - Institut Gustave
Roussy.

Denis is an experienced healthcare operator.

A graduate of ESSEC and INSEAD business schools with a PhD in Pharmacy,
Denis has a deep understanding of the pharmaceutical industry. He has held
important marketing, sales, and strategy positions in France, Europe, and
worldwide and has managed international partnerships within various
pharmaceutical groups (Bayer, Fournier Pharma, ALK). In 2006, he was
appointed General Manager of ALK France. In 2012, he also became Senior
Vice President of the Danish pharmaceutical company specialized in allergy
immunotherapy treatments. Since the end of 2017, he is the Chairman and CEO of
LFB, a biopharmaceutical company specialized in plasma-derived and
recombinant proteins used to treat severe and rare diseases.

Denis lectures at ESSEC business school and was also Chairman of Lecrip.org,
a healthcare think tank.

Jeff is an American physician, researcher, and former Dean of Harvard Medical
School.

Jeffrey S. Flier, M.D., is the Higginson Professor of Physiology and Medicine at
Harvard Medical School (HMS) and Distinguished Service Professor at Harvard
University. He received his M.D. from Mount Sinai School of Medicine in 1972
with the Elster Award for Highest Academic Standing. Following residency
training in internal medicine at Mount Sinai Hospital (1972–1974) and research
training as a Clinical Associate at the National Institutes of Health, Jeff joined
the Faculty of Medicine at HMS and Beth Israel Hospital as Chief of the
Diabetes Unit in 1978. He was later named chief of the hospital’s Endocrine
Division and Vice Chairman of Research. From 2007–2016, Jeff served as the
21st Dean of the Faculty of Medicine at Harvard University. The author of over
200 scholarly papers and reviews, Jeff is one of the leading investigators and
authorities on the molecular causes of obesity and diabetes. His research has
produced major insights into the molecular mechanisms of insulin action and
insulin resistance in human disease, and the molecular pathophysiology of
obesity.

Jeff is an elected member of the Institutes of Medicine and a fellow of the
American Academy of Arts and Sciences. In 2003, he received the Edwin B.
Astwood Lecture Award from the Endocrine Society. The American Diabetes
Association has honored Jeff with the Eli Lilly Award, the Banting Medal in
2005 (the ADA’s highest scientific honor) and the Albert Renold Award for
outstanding achievements in the training of diabetes research scientists and
the facilitation of diabetes research. In 2011, he was awarded the Rolf Luft
Award for Metabolic Research from the Karolinska Institute in Sweden.

Taylor is a healthcare operator with a track record of scaling and leading
high-value, high-growth medtech and biotech companies.

Taylor graduated from the University of North Carolina at Chapel Hill as a
Morehead-Cain Scholar with a BA in Physics and Economics.

Frédéric is an experienced investor and executive.

Frédéric graduated from HEC Paris in 1986 and Sciences Po in 1987. He holds a
law degree and is a graduate of École Nationale d’Administration (Victor Hugo
promotion). From 1995 to 1997, Lemoine served as deputy chief of staff of the
Minister of Labor and Social Affairs (Jacques Barrot) in charge of coordinating
reform of the national health insurance system and hospital reform. At the
same time, he was a chargé de mission with the Secretary of State for
Healthcare and the National Health Insurance system (Hervé Gaymard). From
May 2002 to June 2004, Lemoine was Deputy General Secretary of the French
Presidency with President Jacques Chirac, in charge of economic and
financial affairs and other areas. In 1992 and 1993, Lemoine headed the Institut
du Coeur of Hô Chi Minh-City, in Vietnam. From 2004 to May 2011, he was
General Secretary of the Fondation Alain Carpentier, which supports this
hospital. From 1998 to 2002, Lemoine was deputy CEO, then CFO of
Capgemini and then Group VP in charge of finance at Capgemini Ernst &
Young. From October 2004 to May 2008, Lemoine was Senior Advisor to
McKinsey. In 2009, Lemoine was appointed as chief executive of the listed,
family-controlled private equity group Wendel. He served in this position from
April 2009 to December 2017.

Since then, he has developed his own investment company, Allegro Cantabile,
targeting start-ups and helping companies grow. He serves as a board
member of Pictet Alternative Advisors after having served as Chair or board
member in a variety of boards (Groupama, Areva, Générale de Santé, Flamel
Technologies, Legrand, Saint-Gobain, Bureau Veritas, Constantia Flexibles,
INSEAD). He is the Treasurer of ALIMA, an African NGO focused on emergency
medical aid.

Stéphane is a professional investor with more than 20 years of experience in
private equity.

Stéphane joined the leading European private equity firm Chequers Capital
early in his career, ultimately becoming Partner and Managing Director.
During his time there, Stéphane was critical to Chequers’ expansion from
solely operating in France to expanding to Germany, Italy, and Spain, all while
driving assets under management to 2.5 Bn€.

Stéphane graduated from the École Polytechnique with a degree in
Engineering and then earned a Master of Science in Petroleum Economics
and Management from IFP.